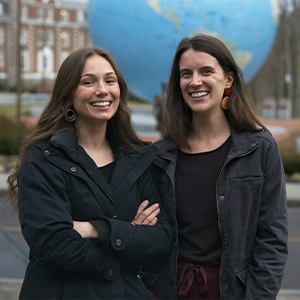 The Every Voice Coalition

The Every Voice Coalition strives to end campus sexual violence.

The coalition was founded in 2016 by students, young alumni, allies, and survivors of sexual violence in Massachusetts. Too often, survivors come forth to report an assault and are met with questions, disbelief, and assumptions. Tired of seeing the toll campus sexual violence was taking on themselves and those they love, they united to write state-level legislation and lobby for change for the “1 in 10 students that experience sexual violence in college.”

As a core part of their efforts, The Every Voice Coalition empowers the next generation of civically engaged community leaders. Their chapters in 12 states across the country lobby for legislative change to end the “silent violence epidemic” that is campus sexual violence, as stated by the American Medical Association. With a presence on over 50 college campuses and a fellowship program, the Coalition teaches students the tools of grassroots, legislative advocacy to impact policy change in their own communities.

The Every Voice Coalition legislation dispels disbelief and assumptions and promotes access to resources and support while contributing to future prevention. This student-written, survivor-centered legislation promotes comprehensive measures to combat sexual violence and support survivors on college campuses. It ensures survivors have access to free medical and legal support services. It supports anti-retaliation protections for reporting parties. It requires confidential advising services. And it encourages evidence-based annual prevention and response training for employees and students.

Most importantly, the coalition’s legislative efforts hold colleges accountable to act against this violence and work toward prevention. It mandates that colleges publish data about the sexual violence happening on their campuses for transparency. To date, this legislation has been signed into law in Massachusetts, New Hampshire, Connecticut, Illinois, Nevada, and Hawaii. While each state bill differs, more states will likely follow suit to protect students on college campuses.

The fierce, dedicated, and tireless advocates of The Every Voice Coalition demand safety for students across our nation. Their efforts to combat and prevent campus sexual assault are admirable. What began as grassroots work has shown students and survivors that their voices matter and are heard.

Watch this video to learn more about The Every Voice Coalition, 2022 recipient of the Ronald Wilson Reagan Public Policy Award.