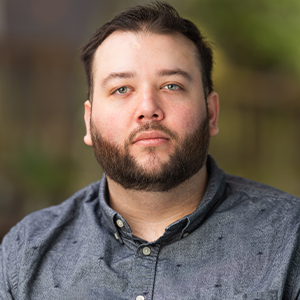 Suamhirs Piraino-Guzman was abducted from Honduras as a child in 2004 and brought to the United States, where he was trafficked. He was abused and exploited in California until a police raid discovered him.

Mr. Piraino-Guzman was held by Immigration and Customs Enforcement without services or support, then put into a mental health facility, then a group home, and then placed with a foster parent who tried to have him deported by leaving him with Customs and Border Protection officers. He was eventually identified and returned to foster care, and assisted in the prosecution of the traffickers; still without being given the support he needed, such as comprehensive case management and trauma-informed medical care.

Driven by his desire to ensure that children, immigrants, and trafficking survivors receive better support, Mr. Piraino-Guzman has shared his experiences and built a career of service and inspiration.

To improve policy and victim service practices, Mr. Piraino-Guzman continues to share his personal and professional expertise with the field. He has facilitated a series of Listening Sessions on Men and Boys for the Office on Trafficking in Persons (OTIP) at the U.S. Department of Health and Human Services. He is featured in “The Faces of Human Trafficking,” an OVC video series.

Currently, Mr. Piraino-Guzman is the Mental Illness and Drug Dependency Partnerships Manager for King County, Washington. In 2020, Mr. Piraino-Guzman was selected and appointed by the United Nations Secretary General as the first Central American and Survivor of Trafficking to serve in the United Nations Trust Fund for Contemporary Forms of Slavery Board of Trustees and as the Special Rapporteur on the Labor and Sexual Exploitation of Children, Especially Boys.

Building on his experience and eager to give back, Mr. Piraino-Guzman become a foster parent in 2013. Through this experience, he worked closely with the California foster care system to advocate for a better system of care for children. Mr. Piraino-Guzman co-wrote state-level legislation including the Foster Connections to Success Act (AB-12), which extended foster care to the age of 21, and Commercial Sex Acts: Minors (SB-132), which provided a safety net for youth against prostitution-related charges.

Watch this video to learn more about Suamhirs Piraino-Guzman, 2022 recipient of the Special Courage Award.