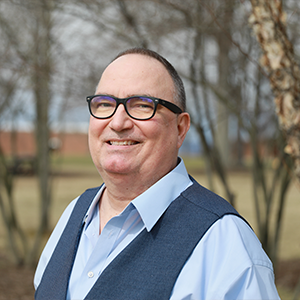 John Chapin witnessed the impact of violent crime firsthand. A child survivor of domestic violence, he was as familiar with hospital emergency rooms, courtrooms, and county jail visiting rooms as he was with his grade-school classrooms.

But Chapin saw education as his way out. A first-generation college student, Chapin earned his Ph.D. at Rutgers University. His early work with at-risk youth in urban New Jersey led to life-long research in violence prevention education. Currently, he teaches at Penn State University-Beaver.

Dr. Chapin’s work centers around the concept of optimistic bias. People exhibiting optimistic bias believe they are less vulnerable than others to negative outcomes. Dr. Chapin has published over 50 articles about violence prevention in prestigious national and international journals, including recent publications in The Journal of Child and Adolescent Trauma and The International Journal of Cyber Behavior, Psychology, and Learning. He also presents his findings at national and international conventions.

Dr. Chapin shares his expertise and research with local school districts, nonprofits, and church and community parent organizations. He has offered violence prevention and media violence workshops and workshops with journalists in multiple states about how to cover crime without re-victimizing survivors.

Dr. Chapin served as the President of the Board of Directors of the Women’s Center of Beaver County. He was a key partner in the development and execution of the Western Regional Training Initiative (WRTI), which provides web-based training for 13 women’s centers in 10 Pennsylvania counties. He supervised Penn State communications students who filmed and edited 50 hours of mandated training for domestic violence and sexual assault center staff and volunteers.

Dr. Chapin has received U.S. Congressional Citations from both chambers of Congress, Pennsylvania Governor recognition, and the Beaver County District Attorney as a result of his violence prevention research and community service initiatives.