Twenty Years of Progress in the Anti-Trafficking Movement

This year marks the 20th anniversary of the Trafficking Victims Protection Act. Prior to the passage of the Act, the United States relied on traditional laws prohibiting involuntary servitude; however, these laws often fell short of addressing modern day forms of human trafficking.

This landmark legislation recognized the importance of protecting victims, holding traffickers criminally accountable, and preventing victimization from occurring in the first place. It also provided clear legal definitions of both sex and labor trafficking.

The Act helped build a framework for collaboration among federal agencies to coordinate anti-trafficking efforts. From public awareness campaigns, enforcement, prosecution, and services for victims, the Act has led to remarkable progress in combating human trafficking.

In the 20 years since the Act was signed into law, programming through the Office for Victims of Crime has grown significantly. The Office for Victims of Crime is the largest federal funder of services for human trafficking victims in the U.S. We now manage more than 400 grant awards, totaling over $270 million dollars, in 46 states, Washington, D.C., and the U.S. territory of the Northern Mariana Islands. 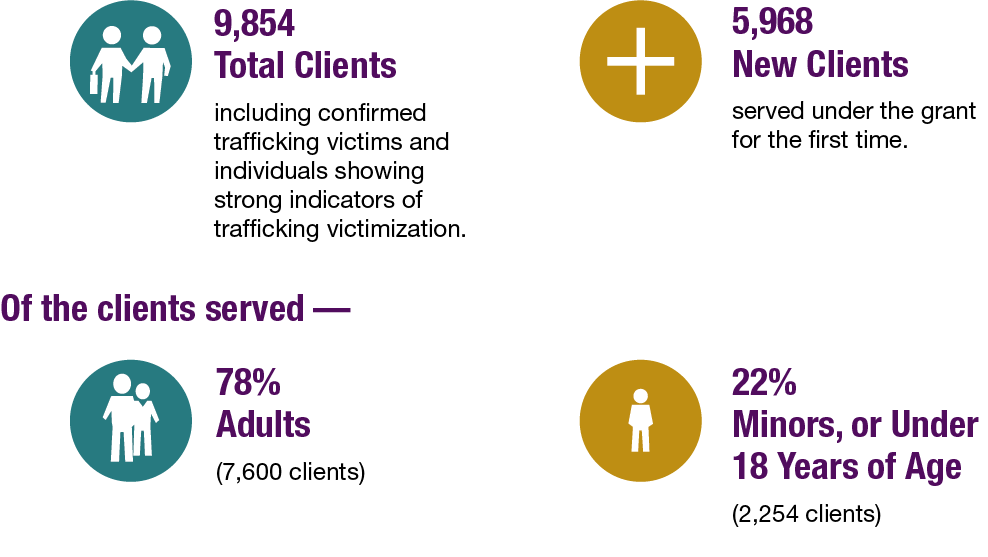 In commemoration of this anniversary, we launched the Human Trafficking Capacity Building Center website; and opened the Represent Resilience Virtual Gallery that features original artwork by survivors, advocates, and anti-trafficking professionals across the country.

“We have come a long way over the last 20 years, but we also recognize that there is still a lot of work to be done,” states OVC Director Jessica E. Hart in a video message. “The approach embraced by this Administration, in coordination with all of you, is bringing about real change. The Department stands ready to support you on the frontlines of this fight.”

The right to liberty is one of the fundamental values on which our Nation was built. The Office for Victims of Crime will continue to work diligently to combat all forms of human trafficking.